If you bought patterns prior to 2022 or on Etsy, Register for an account and then fill out this Form to link up your patterns to your new account. 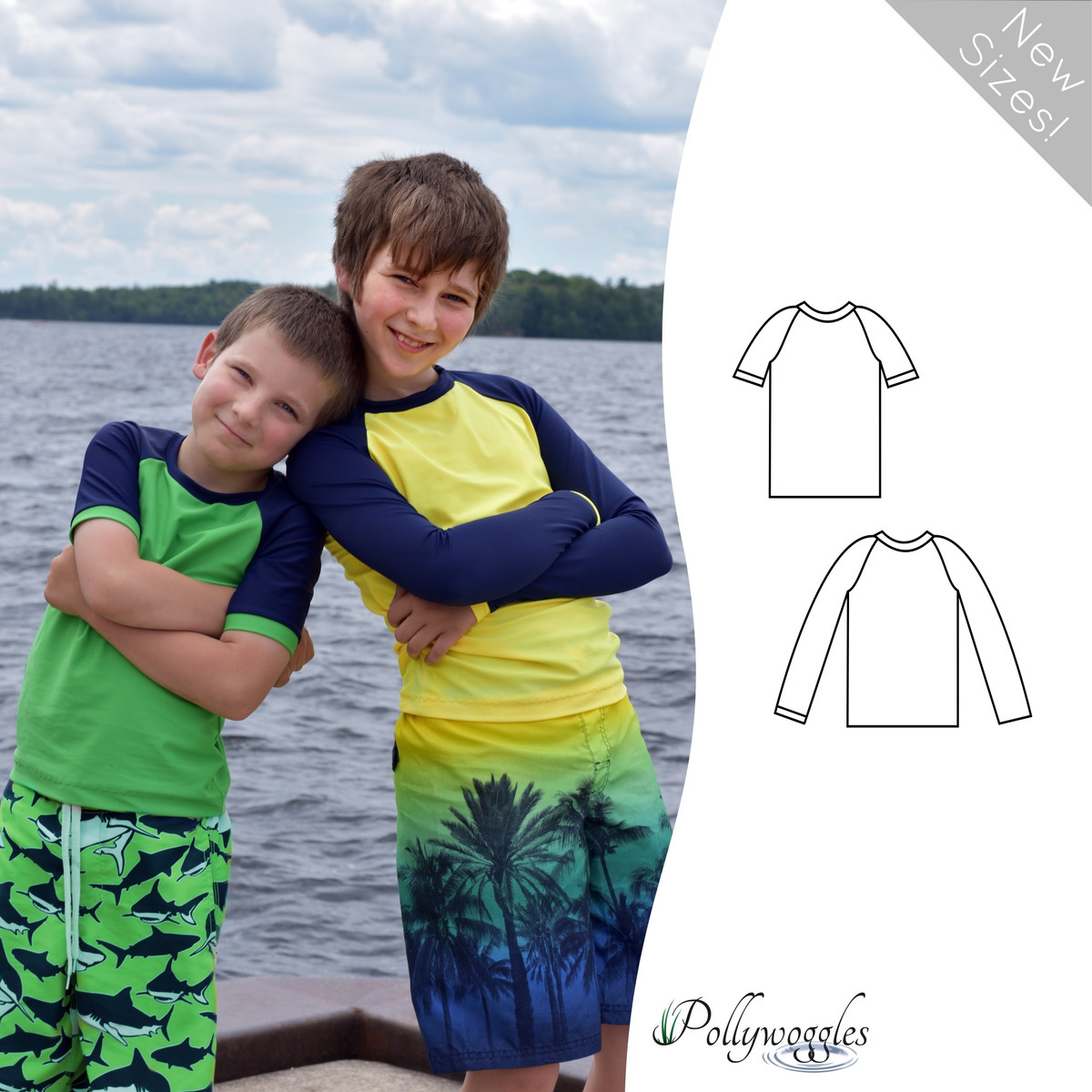 As a special gift to those wanting to discover Pollywoggles patterns for the first time and in thanks to all who have supported Pollywoggles since the beginning, the Fathom Five Rashguard pattern is available for free to all new subscribers to the Pollywoggles email Newsletter or by joining the Pollywoggles Facebook Group (find the coupon code in the 'Featured' group post).

The Fathom Five Rashguard is designed as a slim-fit raglan style swimming shirt. Designed for swim fabrics, this pattern includes the choice of short sleeves with cuffs, or long sleeves with cuffs or a regular hem. A fast and simple sew, for fun in the sun at the beach or pool!

Seam allowance is 3/8"(1cm) unless stated otherwise in the pattern, and is included in all measurements.

NOTE: This is a pattern, not a completed garment. 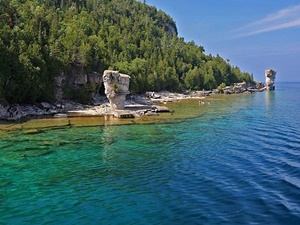 Fathom Five was the first National Marine Park to be designated in Canada.  Located at the tip of the Bruce Peninsula, on Georgian Bay, Lake Huron, the park lies within the traditional territories of the Saugeen Ojibway First Nation, known as Anishinaabekiing.

This protected area of underwater, shoreline, & island ecosystems includes several rare plant species and 22 historical shipwrecks.  In Canada, there are a total of 60 varieties of orchids, 43 of which can be found within the relatively small land base of Fathom Five Park.  The ships that lie on the bottom of the Bay include schooners, steamers, and tug boats, some of which are visible from the surface and others that can be visited only with scuba gear.  A quote from Shakespeare’s The Tempest inspired the naming of this Park.